The Dallas County medical examiner’s office Monday confirmed that they were in possession of the body of rapper, whose legal name is Dashawn Robertson. Officials have not revealed the cause of death, according to The Dallas Morning News.

Robertson’s death comes just one week after “6locc 6a6y” was certified gold by the Recording Industry Association of America. The music video for the song has amassed more than 25 million views so far.

Robertson’s attorney, Ashkan Mehryari, said, “He had a very bright and promising music career ahead of him.”

His friend Cyraq took to social media alleging the rapper killed himself over his ex-girlfriend.

“My nigga just killed himself cause his bitch. I hate this hoe so much right now,” wrote Cyraq in the first of a series of posts on his Instagram Story. “That nihh told me inna studio last month somebody fuck his girl, he a kill em. This nihh ended this shit behind his girl. He meant that shit. Brudda I love you bih.”

“We had plans…On my daughter, I know how you felt,” he continued.

“I know you loved dat hoe more den anything. Den bro, I done met this nihh parents…I’m hurt. I wonder how they feel bro I love u bih damn.”

“My nigga momma just said he gone man,” he penned. “I kno she so hurt bro. I can hear the pain in ha voice….Like bro @lil_loaded, I promise it wasn’t worth it. Brudda u fucked da world up wit dis one. Bro you ain’t have to leave us like this. I coulda figured sum out brudda. Come on bih, its messed up my nihh can’t even talk to me no more.” 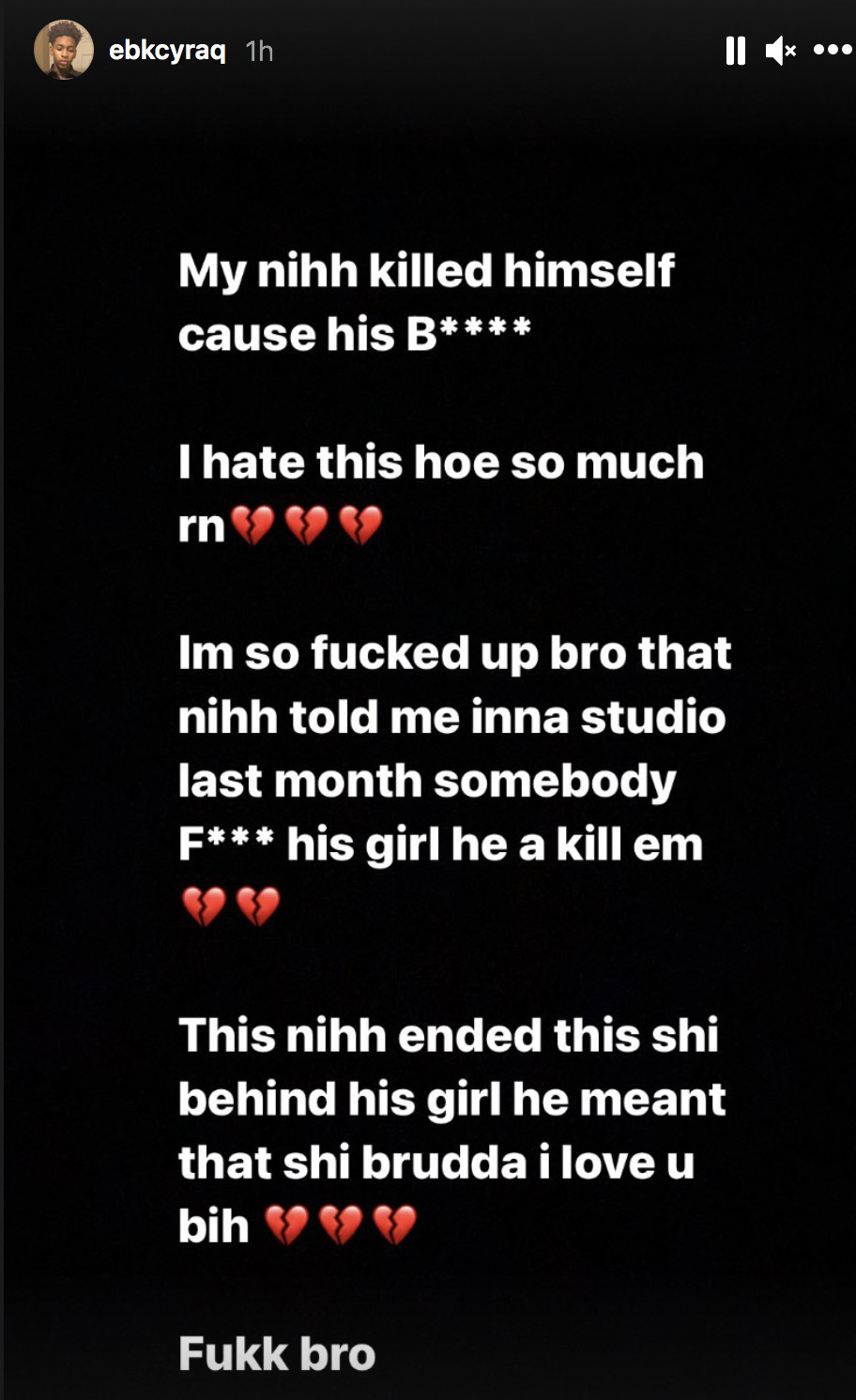 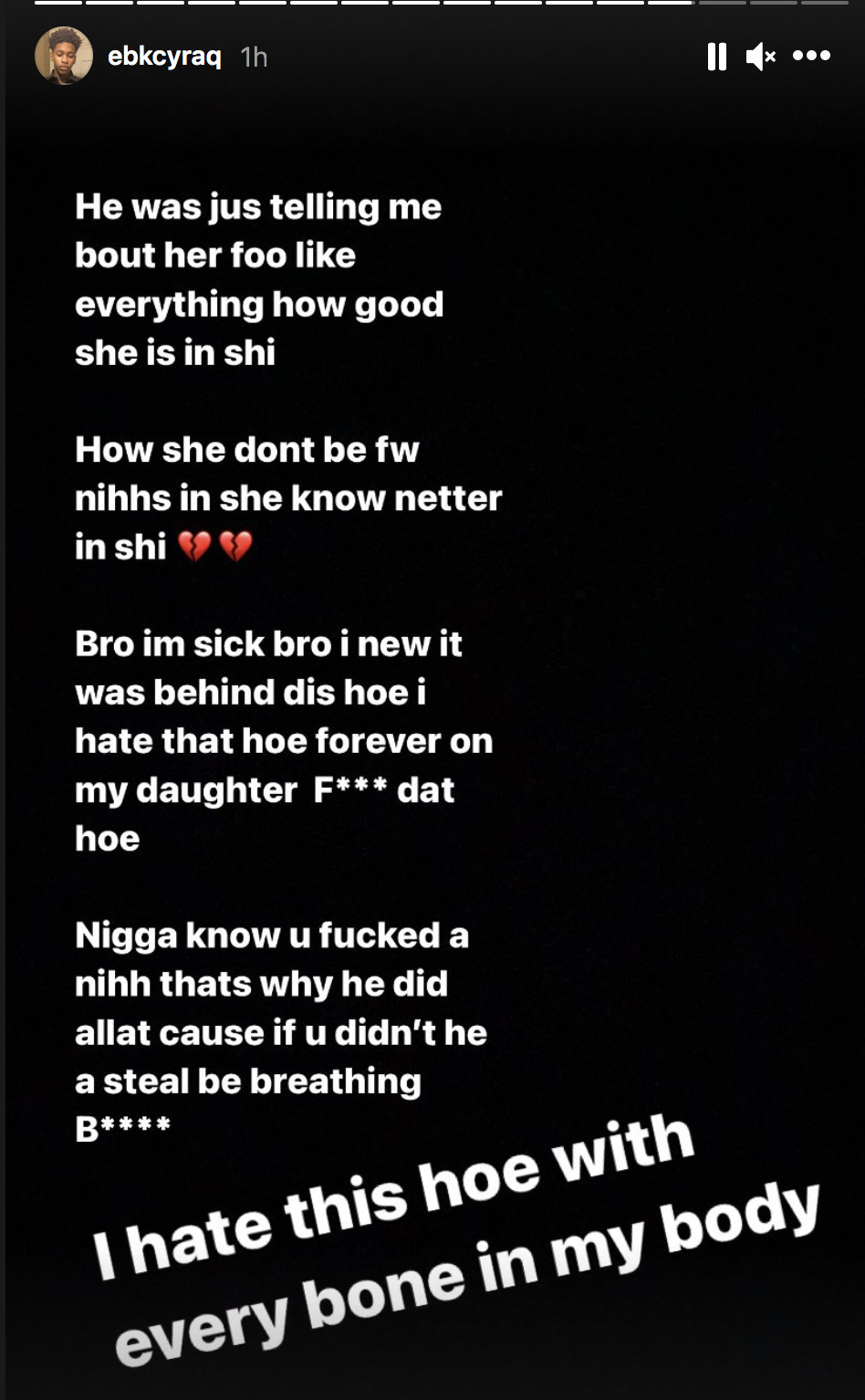 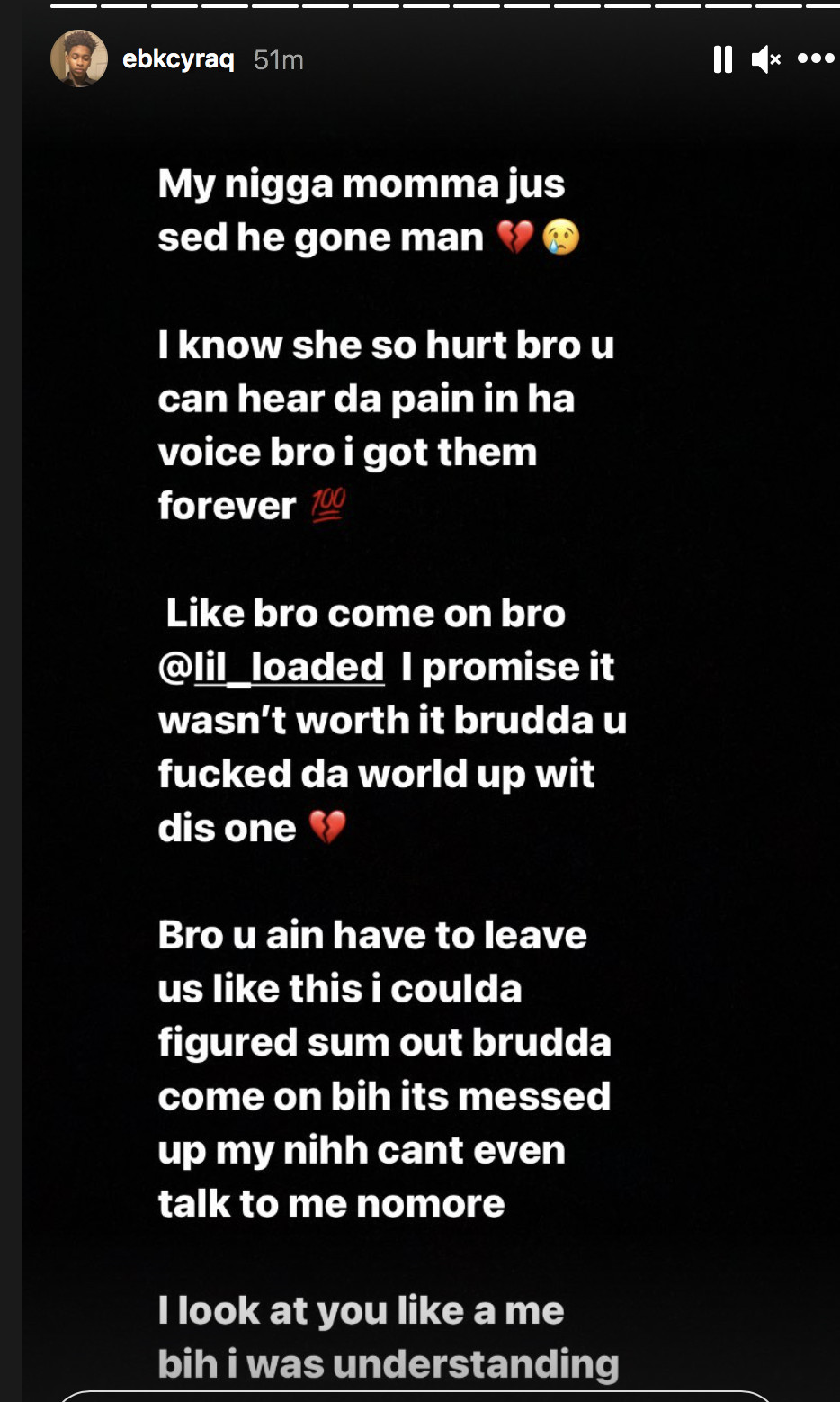