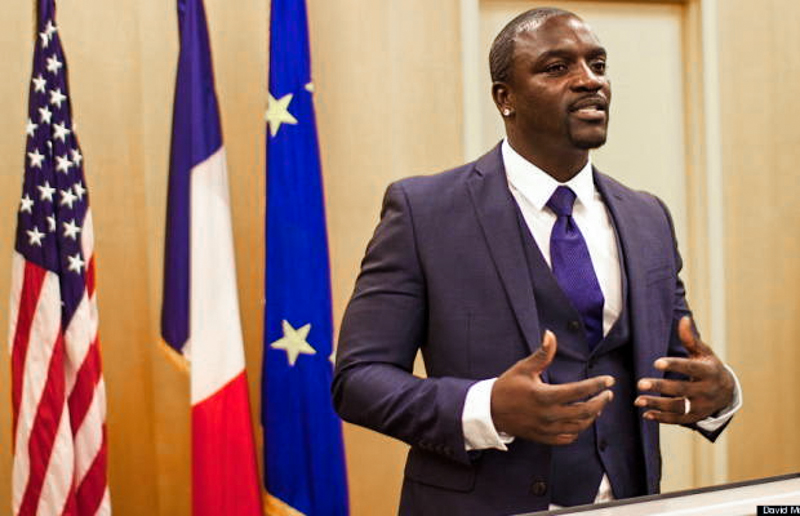 Growing up, Akon knew the struggles of living in the dark once the sun went down. The town in Senegal that he grew up in, like many others, had no access to running water or power. Local economies were forced to shut down businesses when the sun sets, and families were constrained to candlelight and kerosene lamps to complete their nightly tasks, resulting in over 3 million deaths each year from harmful fumes and fires.

Once Akon became a household name, he was determined to give back to his home country and provide them with sustainable energy.

Initially, the team planned to use gasoline and fossil fuels to power the continent but opted for solar when they realized its’ cost-effectiveness would allow them to provide power to a larger populous. Soon after, Akon was able to negotiate a billion-dollar credit line with Chinese manufacturers for solar power products.

Within the first year, Akon Lighting Africa was able to provide 14 countries with sustainable electricity, including street lamps and solar panels.

Local venders are able to stay out another six to eight hours after sunset to provide for their families. Children are now able to successfully study and do their homework without the harmful fumes of the kerosene lamps. Villages are lit up at night, lowering crime rates by 90% and creating a safe environment for the community.

Akon Lighting Africa isn’t just about providing electricity to countries in Africa, the other goal is to help build the economy through education and career opportunities. ALA was able to create the Solektra Solar Academy which teaches young members of the African community about solar power, and how to properly install and maintain the solar equipment. Upon graduation, the individuals are hired by the company.

To date, Akon Lighting Africa has provided 18 countries and millions of people with electricity, while employing over 5,000 people.

So think about that next time 'Locked Up' comes on.