Andrew Tate may have been hospitalised after being taken to prison in Romania in a human trafficking and rape investigation, according to a local report. 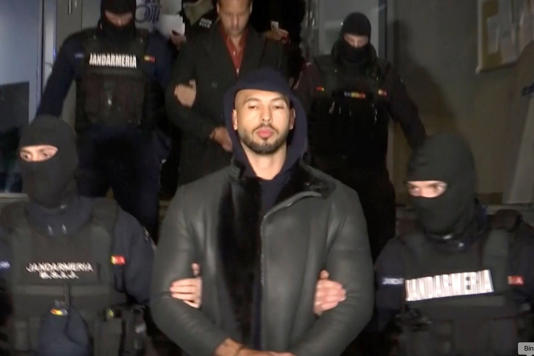 The self-proclaimed misogynist, 36, and his brother Tristan Tate, 34, reportedly received a routine medical visit during the first days of their arrest and one of them ended up in the hospital, according to Antena 3 sources.

Tate reportedly developed a lung nodule in custody. The small lumps of cells are generally harmless and benign but can sometimes turn cancerous. It was reported that Tate requested to see a doctor.

Tate, a British citizen and former professional kickboxer who has amassed 4.4 million followers on Twitter, was detained along with his brother Tristan in Ilfov, an area north of Romania’s capital, Bucharest. Two other Romanian suspects are also in custody.

Romanian anti-organized crime agency DIICOT said that it has identified six victims who were subjected to “acts of physical violence and mental coercion” and were sexually exploited by group members. One is said to have been violently sexually assaulted in March.

Prosecutors seized at least seven of Tate’s fleet of super cars, including limited editions worth up to $300,000, that he was showing off to climate change activist Greta Thunberg.

DIICOT spokesperson Ramona Bolla also said that more than 10 properties or land owned by companies registered to the Tate brothers have been seized in the investigation so far.

“If we prove they gained money through human trafficking,” Bolla said, “they will be taken by the state and (will) cover the expenses of the investigation and damages to the victims.”