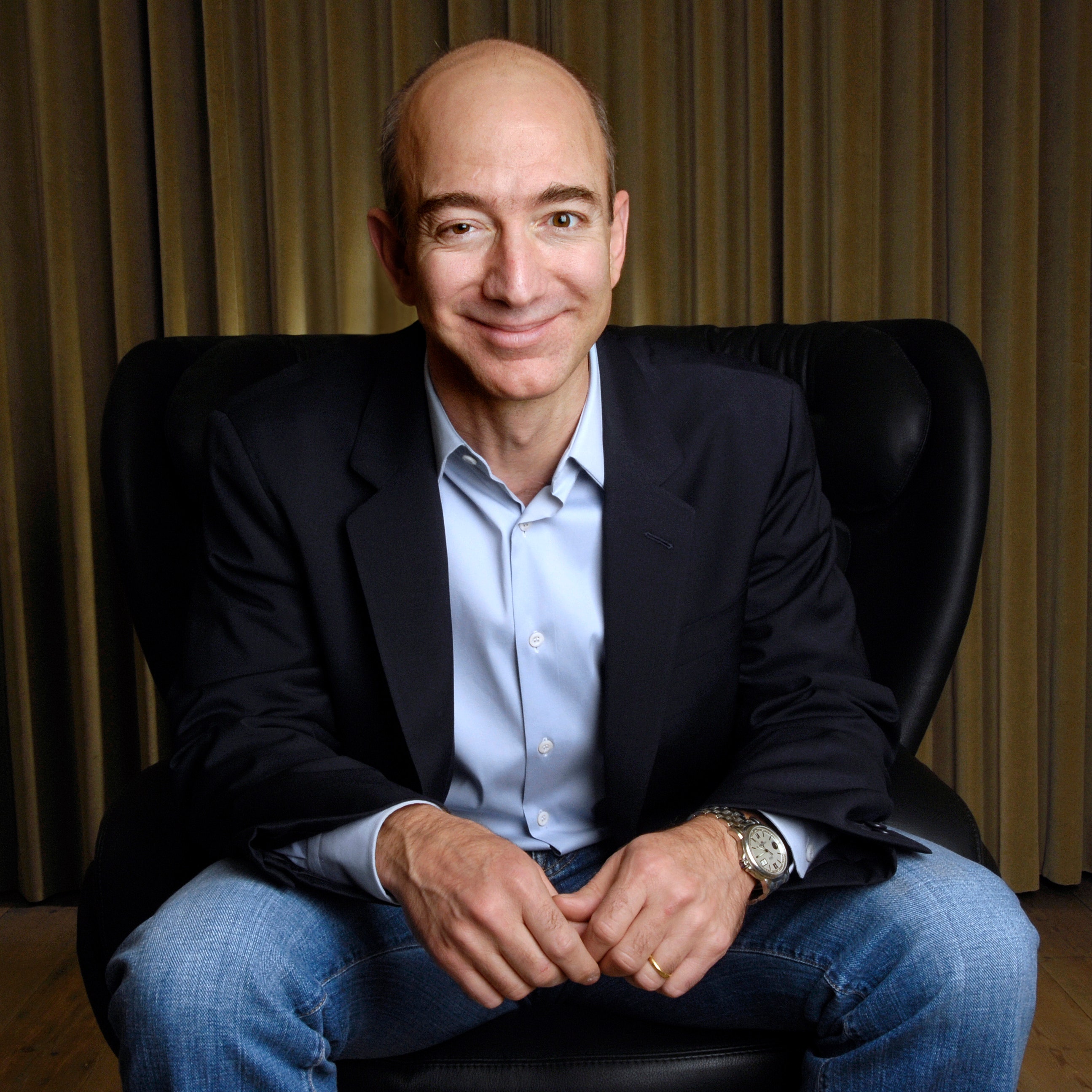 While the coronavirus pandemic has racked the global economy with uncertainty, it has actually made Jeff Bezos - the richest person on the planet - even richer.

Indeed, the Amazon founder is on track to to be the world's first trillionaire by 2026, according to Comparisun.

The business software comparison site used data collected from the last five years of the Forbes Rich List to calculate the yearly wealth growth rate of the world's richest billionaires.

Applying this annual growth rate over the coming years, the study concluded that Bezos - who is estimated to be worth over $140bn (£112bn) - could become the world's first trillionaire in 2026, at which point he will be 62.

The research also forecasts that Facebook founder Mark Zuckerberg could become the youngest trillionaire in the world 10 years later in 2036, when he will be 51 years old.

Amazon - and therefore Bezos - is doing particularly well at the moment, with the demand for online shopping at an all-time high due to the fact that physical shopping isn't really a thing at the moment.

This in turn has seen the company's share prices increase, which is handy when you have an 11.2 percent stake in the company. On top of this, Bezos managed to sell off a whopping $3.4bn (£2.79bn) worth at exactly the right moment in March before their value initially tanked amid Covid-19 uncertainty. 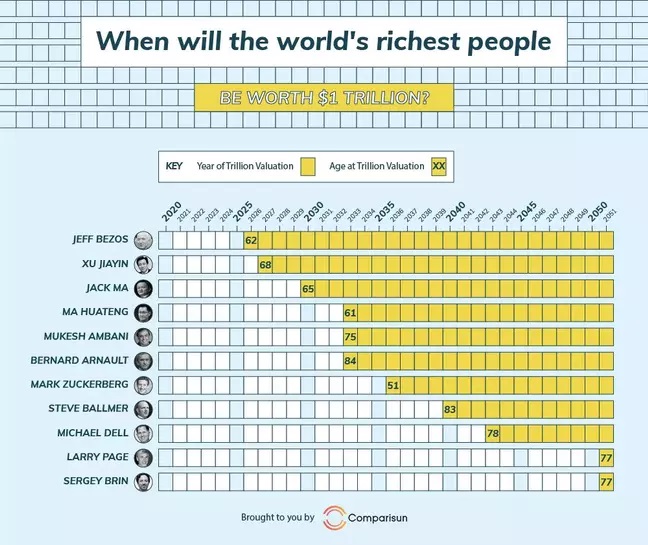 The 56-year-old has contributed a portion of his burgeoning wealth to help those in need during the pandemic though. Last month, he donated $100 million (£80m) to US food banks - which are struggling to feed a growing number of Americans who have lost their jobs due to the coronavirus crisis.

He made the sizeable donation to Chicago-based non-profit organisation Feeding America, which runs 200 food banks across the country. The charity's CEO Claire Babineaux-Fontenot said it was the largest donation in the organisation's history and would enable it 'to provide more food to millions of our neighbours facing hardship during this crisis'.

Explaining why he made the donation in a post on Instagram, Bezos said: "Even in ordinary times, food insecurity in American households is an important problem, and unfortunately Covid-19 is amplifying that stress significantly.

"Non-profit food banks and food pantries rely in large part on surplus food from a range of food businesses. For example, many restaurants donate excess food. But during this time of social distancing, restaurants are closed, and many other normal channels of excess food have also shut down. To make matters worse, as supply is dwindling, demand for food bank services is going up.⁣
⁣
"Today, I want to support those on the front lines at our nation's food banks and those who are relying on them for food with a $100 million gift to @FeedingAmerica. Feeding America will quickly distribute the funds to their national network of food banks and food pantries, getting food to those countless families who need it.⁣
⁣
"Feeding America is the largest non-profit focused on food security. Millions of Americans are turning to food banks during this time. If you want to help, the link to Feeding America is in my bio. They'd be excited and grateful for donations of any size."