Children could be banned from attending school if they are not up to date with their vaccines, the health secretary has hinted.

Matt Hancock was speaking at a Conservative Party Conference fringe event in Manchester when he said he has sought legal advice regarding falling vaccination rates, and said social media companies have 'a lot to answer for' for spreading anti-vaccine news online.

Mr Hancock says he has become concerned about the potential spread of serious illness in school and believes the public would back a plan to make vaccinations compulsory for children who attend school.

Mr Hancock said: "We need a massive drive to get these vaccination rates back up.

"I said before that we should be open minded, and frankly, what I'd say is that when we - the state - provide services to people, then it's a two-way street, you have got to take your responsibilities too. 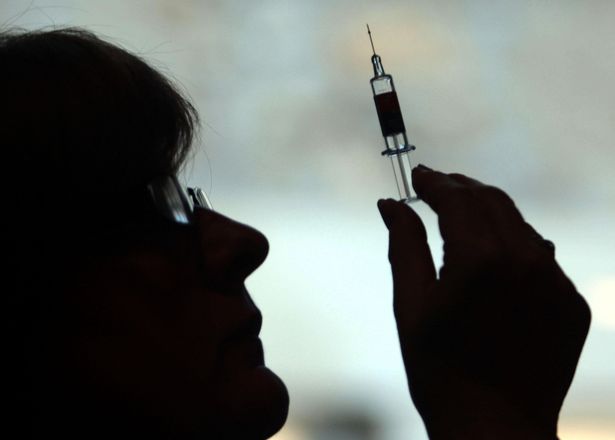 "So I think there is a very strong argument for having compulsory vaccinations for children when they go to school because otherwise they are putting other children at risk.

"Now, you have got to make sure the system would work, because some children can't be vaccinated and some may hold very strong religious convictions that you would want to take into account.

"But, frankly, the proportion of people in either of those two categories is tiny compared to the 7% or 8% now who don't get vaccinated

"And then I'd want to make it very easy when the children do arrive at school not vaccinated simply to get vaccinated and make it the norm."

The NHS has described falling measles vaccination rates as a ' public health timebomb '. Figures show half a million children were not vaccinated against measles between 2010 and 2017. The highly infectious virus can lead to disability and even death.

Children are offered two MMR (measles, mumps and rubella) shots to prevent them from being infected by the virus.

Mr Hancock added: "I think there is a very strong argument for moving to compulsory vaccination. And I think that the public would back us.

"I have received advice inside Government this week on how we might go about it and I'm looking very seriously at that.

"I am very worried about falling rates of vaccinations, especially measles. For measles the falling vaccination rates are a serious problem.

"And it's unbelievable, I think, that Britain has lost its measles-free status, and it should be a real wake-up call.

"The worst thing is that if you don't vaccinate your child and you can, then the person you are putting at risk is not only your own child, but it's also the child who can't be vaccinated for medical reasons - maybe they have got cancer so their immune system is too weak, and they are losing what's called 'the herd immunity' that you get from when over 95% of people are vaccinated."