Whut? Thee Album is the debut album from New Jersey Hip Hop artist Redman. Redman had only rapped on record prior to this album on EPMD's Business As Usual and Business Never Personal. EPMD's Erick Sermon produced the majority of the album, but Redman also handled much production.

This effort was a major success and established Redman as one of the premier hip hop artists of the 90's. It only reached #49 on the Billboard 200 in 1992, but was certified Gold by the RIAA on June 11, 1993. It is commonly hailed for its upbeat, sample driven funky production and its humorous lyrics. The record was originally given a rating of 4.5 mics out of 5 in The Source in November 1992. In 1998, the album was selected as one of The Source's 100 Best Rap Albums.

Reginald "Reggie" Noble was born and raised in Newark, New Jersey. In 1990 Reggie made his world debut on the EPMD album Business as Usual appearing on tracks "Hardcore" and "Brothers My Jock". In 1992 Redman released his debut album, Whut? Thee Album, which Allmusic noted for blending "reggae and funk influences" with a "terse, though fluid rap style".The album peaked at number forty-nine on the Billboard 200 and was certified gold. He was named "Rap Artist of the Year" by The Source. Redman followed up with his 1994 album, Dare Iz a Darkside. The first single, "Rockafella," samples Leon Haywood's "I Want'a Do Something Freaky to You" and George Clinton's "Flashlight," two of the most sampled songs in hip hop.

Redman's solo career continued throughout the remainder of the decade, with each of his albums selling at least half a million copies. His musical style has remained very consistent, rarely deviating from a combination of unique braggadocious wit and hard hitting beats. Redman is also the originator of the pop-culture gesture, "Raise the Roof", due to the gesture being performed in the video, "Pick It Up" from his 1996 album, "Muddy Waters". In addition to releasing albums under his own name, he is part of the group Def Squad (along with Keith Murray and Erick Sermon) with whom he released the 1998 album El Niño, and also has formed a close partnership with labelmate Method Man (of the Wu-Tang Clan) who, with him, made a featured appearance with the Dogg Pound in Tupac Shakur's 1996 album All Eyez on Me in the rap song Got My Mind made up where both rapped with Kurupt in verse two and Meth also did the chorus, and with whom he released the 1999 album Blackout!.

Redman had his best-known international hit with Christina Aguilera, when he was featured on her 2002 single "Dirrty". Around this time he was also featured on a popular remix of Pink's track Get This Party Started. Since the release of Malpractice, he has kept his fans happy by independently releasing the Ill At Will mixtapes, which feature various members of his Gilla House crew, including Saukrates and Icarus. Other members under Redman's Gilla House imprint include Ready Roc, E3, Young Heat, and Melanie. Under his birthname, Reggie Noble, Redman has done production for himself, many of his crew members, and even Shaquille O'Neal on his 'Shaq-Fu: Da Return' album.

In March 2007, Redman released Red Gone Wild. He says that the reason for the long wait to drop the album is because of the fast-changing pace of Hip Hop on his MySpace interview.

On March 27, 2007 Redman confirmed on BET's Rap City: Tha Bassment that the sequel to How High, How High 2, is currently being written.

In an April 10, 2007 Onion AV Club interview [4], Redman hinted that there would be a second collaborative album with Method Man, with work beginning in midsummer or early September.

In early 2008, a remake of the Smoothe da Hustler and Trigger tha Gambler classic Broken Language was released to the internet by the duo entitled Broken Language 2008, fueling rumors of a Blackout! sequel coming soon. This rumor was further fueled by the duo while performing in Gainesville, FL at the University of Florida. A Blackout! 2 LP was scheduled for a December 9, 2008 release but was recently pushed back to the first quarter of '09. With a new release date on May 19, also a sequel to the very popular How High is in the process of being written and is to begin being filmed in the summer of '09. Bun B has confirmed that he will guest star on Blackout! 2 - in April 2009, a single has been released named City Lights, produced by Nasty Kutt. Also producers such as Erick Sermon, Rockwilder and Pete Rock have announced their presence on the album.

The duo is also currently on their Still High tour with Termanalogy, the Alchemist, & Evidence of Dilated Peoples. 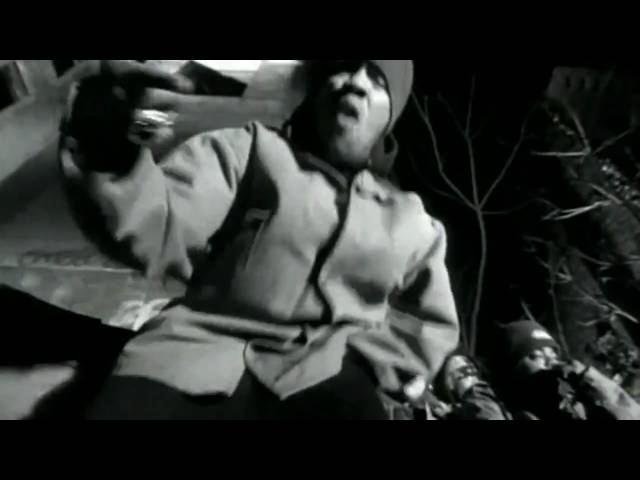