S01 E01 | Moving In | Colleagues Are Not Friends | Animated Sitcom

Sorry, this video is only available to registered users.

Please sign in below or register to view this video.

After their hours are cut in work Mr. Daz offers Nick his spare room to live in, a decision he very quickly begins to regret.

While Mr. Daz is a straight-talking, no-nonsense kind of person, Nick is the complete opposite. He is more in touch with his feelings, shares sentiments in the little things and as you'll come to learn as the series continues, he loves to feel relaxed.

While Mr. Daz does not dislike Nick completely, he just finds little things about him to be very annoying.

Also in the series is David, the man Mr. Daz has hired to be "The Help". In his last place, Mr. Daz had to do everything himself such as cooking, cleaning, walking the dog, and everything else we all tend to have to do. David is there to ensure that all this stuff is done for Mr. Daz. While it is not clear how much Mr. Daz pays him, or whether or not that wage is actually legit. One thing that is clear is that Mr. Daz will use and abuse David's kind heart and not offer much back in return.

Thank you all for tuning in and watching this pilot episode of Colleagues Are Not Friends. We hope you enjoyed watching it.

We will release a brand new episode every Saturday for the next 20 weeks. Be sure to like and subscribe to the channel and let us know what you thought in the comments down below.

NEXT WEEK: THE DOG HAS TO GO | COLLEAGUES ARE NOT FRIENDS
How will Nick react when Mr. Daz brings his dog home to live with them? Mr. Daz decided it would be best for Rocky to go and stay with his mum during the move and now he has his home but something is wrong with Nick. Tune in next Saturday to find out what his problem is.

ABOUT ME:
My name is Darren Holloway and I am a self-taught, beginner animator. I started this YouTube channel off with a bunch of random animated shorts and am now venturing into creating this series full time. You may see a lot of errors and mistakes along the way (please do point them out if you do) but with feedback and advice from everybody, I am hoping to improve in each and every episode. I will be working on season one for 20 episodes which will cover the first half of 2021 before moving on to a Sci-Fi series in the second half of the year. Colleagues Are Not Friends will be an ongoing series and series 2 and series 3 are already in writing.

S01 E01 | Moving In | Colleagues Are Not Friends | Animated Sitcom 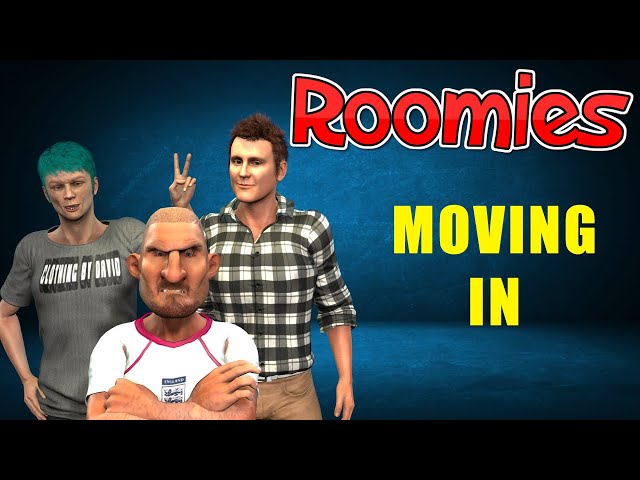 Pilot Episode - Moving In | Colleagues Are Not Friends | Animated SitcomAfter their hours are cut in work Mr. Daz offers Nick his spare room to live i...