Superman vs Hulk - The Fight (Part 3)

For those who would like to support the production of these videos I now have Patreon - https://www.patreon.com/user?u=4171003

This is the third part of my animated Superman and Hulk fight. This project is something I work on from home as an independent project and is not affiliated with any company. It took about nineteen months to finish, starting in May 2012. Other than a few weeks I took off for traveling followed by a couple weeks of technical problems (computer died) I worked on this pretty much full time. About five months in to this I had a hard drive malfunction almost losing months of work, but luckily salvaged a lot of the work from crash files saved on my other hard drive.
Even without the delays, this project took way longer than the others and way longer than I ever thought it would. Partially due to the added complexity of higher detail models and environment interaction, as well as the longer running time, way more action to animate, way more scene interactivity, and 1080 HD resolution, which of course renders slower than the 720 HD I had been doing till now. The higher resolution also means mistakes and shoddy work are more visible, so more time is needed to pay attention to details and massage out the render glitches till it's right.
Typically, I work out the models and rigs first, then get to animating a shot. For this project I spent the first few months on enhancements and changes to the character models, as well as the desert environment. Also switched renderers, from mental ray to V-Ray, so had to take time learning how to use that. Once models are at a state where the character proportions are set, I block out a the bulk of the action. It's rough and changes drastically as work progresses. I don't have storyboards ore even a clear choreography set out..but rough ideas evolve, things get added and get refined and improve. When animation on a shot is good enough, I do cloth sim on the characters (hulk pants and superman cape, which can take a while to a good simulation. On this project I also did a massive amount of frame by frame model corrections, to get the muscle and anatomy deforming somewhat realistically, which is a lot of work on bloated muscle bound character like the Hulk. Once it's good I render that, which takes approximately one hour per frame, so about one day per second of animation usually. While it's rendering I work on animating another shot, and try to have it ready for render when the previous shot is finished. I took more time into polishing the animation doing several passes or more till it was 'good enough'. Reference footage is usually used when possible to. Then I bring into compositing and try to make it all look as good as I can. Looking at it now it's both better than I had thought it would turn out a year and a half ago and worse than I would like it to be. Still trying to work out how to get better quality renders and environments, but that leaves me with lots to improve on for the next one. Plus I'm sick of working on it and wanted it to be done last year. Anyway this was a lot of work so please don't copy and re-upload to your channel passing it off to be yours.

Project specs: Two computers, started with same I used for part 2, then the older one crapped out half way through, so got a new better one, an i7-393 3.2 ghz 64 GB RAM. Was needed anyway to render 1080 hd.. had a hard time rendering some shots even with it.

Already have ideas on how to improve for a Part 4, plan to use Terragen for more realistic environment creation for one. I have know idea when it might be done and will not even wager a guess, considering my totally wrong predictions on how long I thought this one would take.


*PLEASE DO NOT copy and re-upload to your channel.. it makes it harder for me to keep working on these by splitting my views, causing me to earn less (earnings which I depend on to continue work on future installments), and it's just bad for my morale :(
If you are a fan of the video, instead of uploading a copy of the video to your channel, please share the link of my original video or add it to your playlist. Thanks!

Superman vs Hulk - The Fight (Part 3) 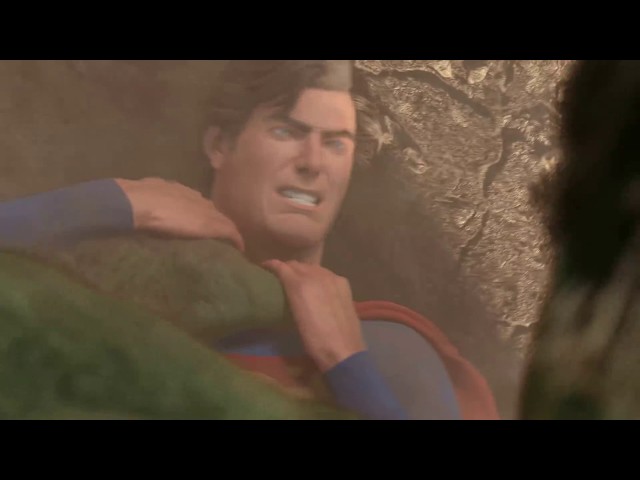 For those who would like to support the production of these videos I now have Patreon - https://www.patreon.com/user?u=4171003This is the third part o...