Claressa Maria Shields was born March 17, 1995 is an American professional boxer. She is from Flint, Michigan, while growing up in Flint, Shields was sexually abused by her mother's boyfriend at the age of five for six months straight every day after school. It happened so often that she gotten used to it but didn’t like it.
In an interview Claressa said. 'The reason I share my story is so they're not alone, 'I'm not the only child who had a father in prison. I'm not the only child who had a mother addicted to alcohol. I'm not the only person that has been molested and raped at the age of five.'
No one knew about her being molested because Shields barely spoke at all. She suffered from a stuttering problem that was so severe, she struggled to articulate the trauma she was enduring. Shields was able to convey to her aunt with a doll that she had been repeatedly molested and raped. Her abuser was never charged or even publicly identified.
Shields said in an interview, 'My abuser, if he ever reads the newspaper or he watches me on TV, I think it bothers him more than it bothers me to know that he tried to break me and he couldn't. Don't ever let your abuser win, Look how successful I became. It had nothing to do with him.'
Her trainer at the time encouraged her to open up about the abuse while she was a rising amateur. She actually never had a conversation with her mother about being raped until she was 17, her mother did apologize to her12 years later. Shields said, 'That's when I knew, "dang, my mom loves me." I didn't know it at first.'
While Claressa Shields father was in prison on a breaking-and-entering charge and her mother battling substance abuse issues, Shields moved in with her grandmother – one of nearly a dozen homes she lived in as a youth.
She endured bullying, extreme poverty and was deaf in one ear for a while. She had got kick out of school for fighting a boy in the 5th grade. On the referral, the teacher put extremely dangerous. Claressa Shields questioned herself about being easy tempered and why she laughed so loud. She found out her dad was the same way. She would go without eating to feed her younger siblings. There were days were she and her sister would go out and look for their mother for days and couldn’t find her. She said she didn’t have a bed to sleep in until she was like 16 years old. Her sisters and brother slept on the couch while she slept on the floor. She was introduced to boxing by her father, Bo Shields, who had boxed in underground leagues. Bo was in prison from the time Shields was two years old, and released when she was nine. After his release he talked to her about boxer Laila Ali, She got interested in the sport. She thought her father was telling her to start boxing. Bo believed that boxing was a men's sport and refused to allow Shields to pursue it. He told her she was too pretty to box so she didn’t talk to him for three days. On the third day, they had a family meeting at the dining room table to vote if she would be allowed to box or not. Everyone voted yes except her father. After that, Bo said, once I sign you up, you can’t quit boxing for a year. Till this day, her dad said that was the best 60 dollars he has every spent.
#ClaressaShields #IvanaHabazin #ShowtimeBoxing
-----------------------------------------------------------
Follow me on Twitter: http://www.twitter.com/kingcoopaj99
----------------------------------------------------------------------
Copyright Disclaimer under section 107 of the Copyright Act 1976, allowance is made for “fair use” for purposes such as criticism, comment, news reporting, teaching, scholarship, education and research. 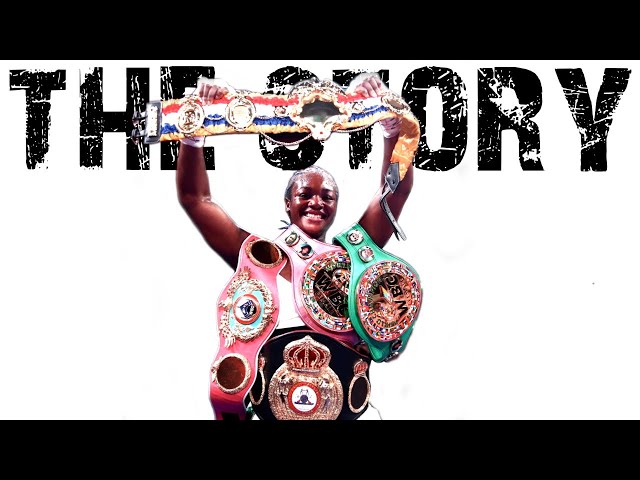 Claressa Maria Shields was born March 17, 1995 is an American professional boxer. She is from Flint, Michigan, while growing up in Flint, Shields was ...