"Holding Back the Years" is the 7th track on Simply Red's debut studio album Picture Book. The song was a huge success for the group and quickly rose to the top of charts across the world. The single is one of two Simply Red songs (the other being their cover of "If You Don't Know Me by Now") to reach number one on the Billboard Hot 100, for the week ending July 12, 1986. It also reached #2 in the UK and was a worldwide hit. It had initially been released in the UK the year before, but only reached #51.

For the latest tour dates and new music from Simply Red go to www.simplyred.com

Subscribe now to the Official Simply Red YouTube Channel, where you'll find music videos for classics such as Holding Back The Years, Come To My Aid and Sunrise, as well as ground-breaking Live Performances and interviews with Mick Hucknall, new and old.

Simply Red have over a billion hits on YouTube, have sold over 60 million albums worldwide, 5 going to number one in the UK. Their 1991 classic Stars was the best-selling album for two years running in Britain and Europe. They have had two US Billboard chart toppers with classic singles Holding Back The Years and If You Don’t Know Me By Now. Every Simply Red studio album has been a UK top ten (with previous release Big Love reaching number 4 in 2015). Hucknall has been the songwriter and bandleader since the beginning in 1985.
Sign in or sign up to post comments.
Be the first to comment 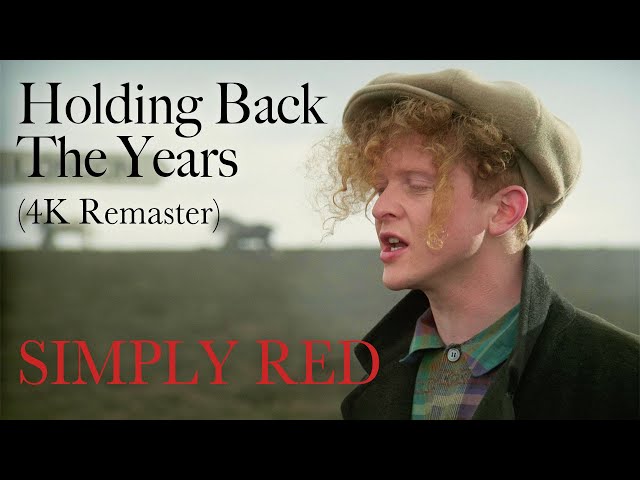 "Holding Back the Years" is the 7th track on Simply Red's debut studio album Picture Book. The song was a huge success for the group and qui...