Stocks are selling off, Bitcoin is selling off - I lost $300,000 in Bitcoin and Ethereum. The most important to keep in mind is context, on December 21st of 2020, 5 months ago which is not that long ago - Bitcoin was worth roughly $23,000. It had just broke the peak of the last all time highs that we had in 2017 so to say we’ve crashed is a little bit of a stretch but that depends on when you started investing. Here are 3 reasons why the cryptocurrency market is selling off.

Reason 1:
Over excitement, there was leverage in the market and people with a ton of money decided to take some profits because they realized the momentum was slowing down. When it comes to extremely volatile assets like Bitcoin when everyone expects it go to $100,000 by the end of the month, and it doesn’t - people sell, then people get greedy again, and the cycle repeats. That’s the simplest explanation but there was more to it than that.

Reason 2:
Elon Musk but it's not his fault. When Elon and Tesla bought 1.5 billion dollars of Bitcoin in March, the price went up substantially when it was publicly announced - no one was upset about that because it was helping people who were already invested in Bitcoin but that was still a form of manipulation and a signal to everyone that it’s incredibly strange that one man can influence the price so much. It makes sense that it would go the other way around and that the price would fall by an equal amount if he decided to change his mind - which he did.

On May 12th, Elon decided to stop accepting Bitcoin for Tesla - the price immediately dropped. May 16th he hinted at potentially selling Bitcoin, the price dropped. May 17th - just kidding, not selling, price went up. My theory why Elon may want to manipulate crypto markets is because of his relationship with the SEC which has always been a game of cat and mouse. Perhaps this is his way of pushing back against the establishment which the SEC is a part of.

Reason 3:
China loves to manipulate markets and it always follows the exact same format. Some rumor will be posted to an online forum that "big news is about to come out", then the article gets published and we get a badly translated version of the article that takes it way out of context. People who can’t read Chinese repost those articles to calm people down but by then it's usually too late and we get huge market sell off because people get scared.

The truth is China is not trying to ban Bitcoin, they already effectively have since 2017 and they were just repeating what they had said prior which was to not allow financial institutions, brokerages, and businesses to offer services using crypto. This means China doesn’t want to recognize Bitcoin as a real currency and doesn't want people using it to buy things with. What’s interesting though, is you can still own crypto, you just can’t buy it very easily.

Another good example was between June of 2019 to March of 2020, we went down 60.8% but still ended 2019 with 88% positive. The point is, we have these corrections several times throughout the year.

Are we going higher?
It's still very possible this was a plot to shake out weak retail investors before moving substantially higher closer to the end of the year. Time will tell but this is all part of the crypto markets and doesn't change anything about the underlying fundamentals of Bitcoin.

*None of this is meant to be construed as investment advice, it's for entertainment purposes only. Links above include affiliate commission or referrals. I'm part of an affiliate network and I receive compensation from partnering websites. The video is accurate as of the posting date but may not be accurate in the future. 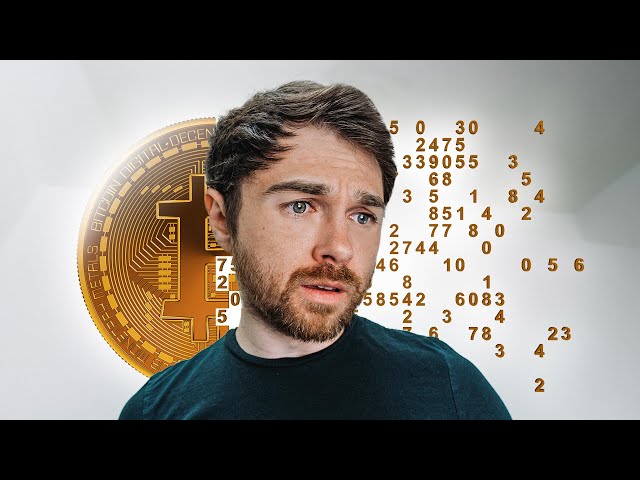