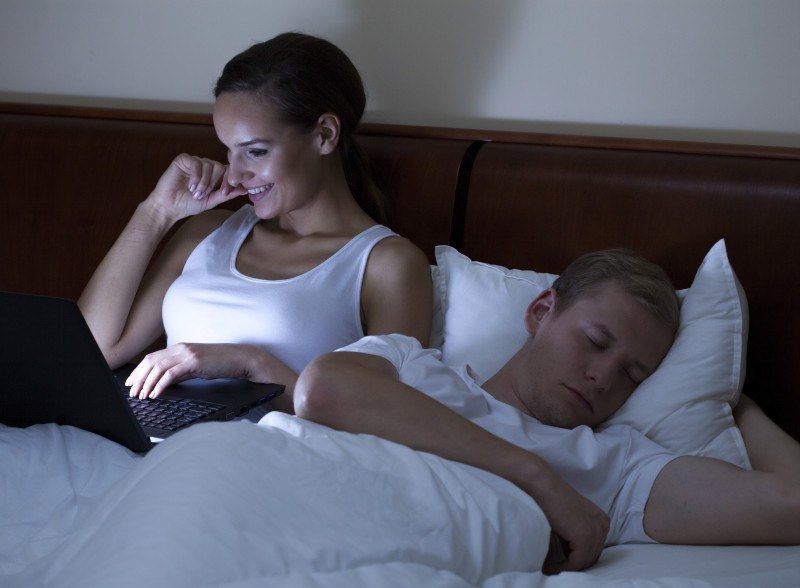 Sexual infidelity is widely regarded as one of the most dishonorable assaults against the sanctity of an intimate relationship.  Yet, we all seem to be mesmerized by it.  Infidelity makes a love story more intense, a song or poem more passionately tragic, and forms the foundation for which the immensely popular celebrity gossip industry firmly holds the attention of millions worldwide.  If infidelity is so appalling, then why are we all so consumed with the notions of the act?

At some point in time everyone involved in an exclusive relationship experiences a momentary thought of infidelity.  It’s the flirtatious glimmer in your eye that indicates a brief superficial curiosity for someone of the opposite sex, the simple act of wondering.  For that split second your values misalign, placing shallow emotion ahead of your true moral character.  This momentary shift is a direct reflection of your instinctual emotion splitting away from your moral values.  When your sound moral values and your fickle emotion are disconnected, your mind is divided and thus your judgment is muddled.  Most people’s acts of infidelity are innocent, left hanging to expire in brief, insignificant moments of thought.

It is the strength of our character that realigns this momentary disconnect and prevents innocent thought from transgressing into an act of infidelity.  Reliability, honesty, and trustworthiness can be directly measured by one’s strength of character.  When the act of infidelity occurs, it has nothing to do with love; it is solely related to the shameful weakness of one’s character… weakness that is driven by senseless emotion.

People whom have never actually taken part in the act of infidelity would probably also deny the allegation of ever experiencing a momentary thought of infidelity.  This can be attributed to the fact that the thought never actually enters the conscious mind, but instead lingers in our subconscious.  The thought process is a natural instinct, and although we may be oblivious to it, our minds are instinctually aware of it.  It’s the combination of this subconscious awareness and our general human curiosity that will continue to foster the mass market interest and popularity of infidelity.