This is a Chapter from my book - Love and a beautiful mind. 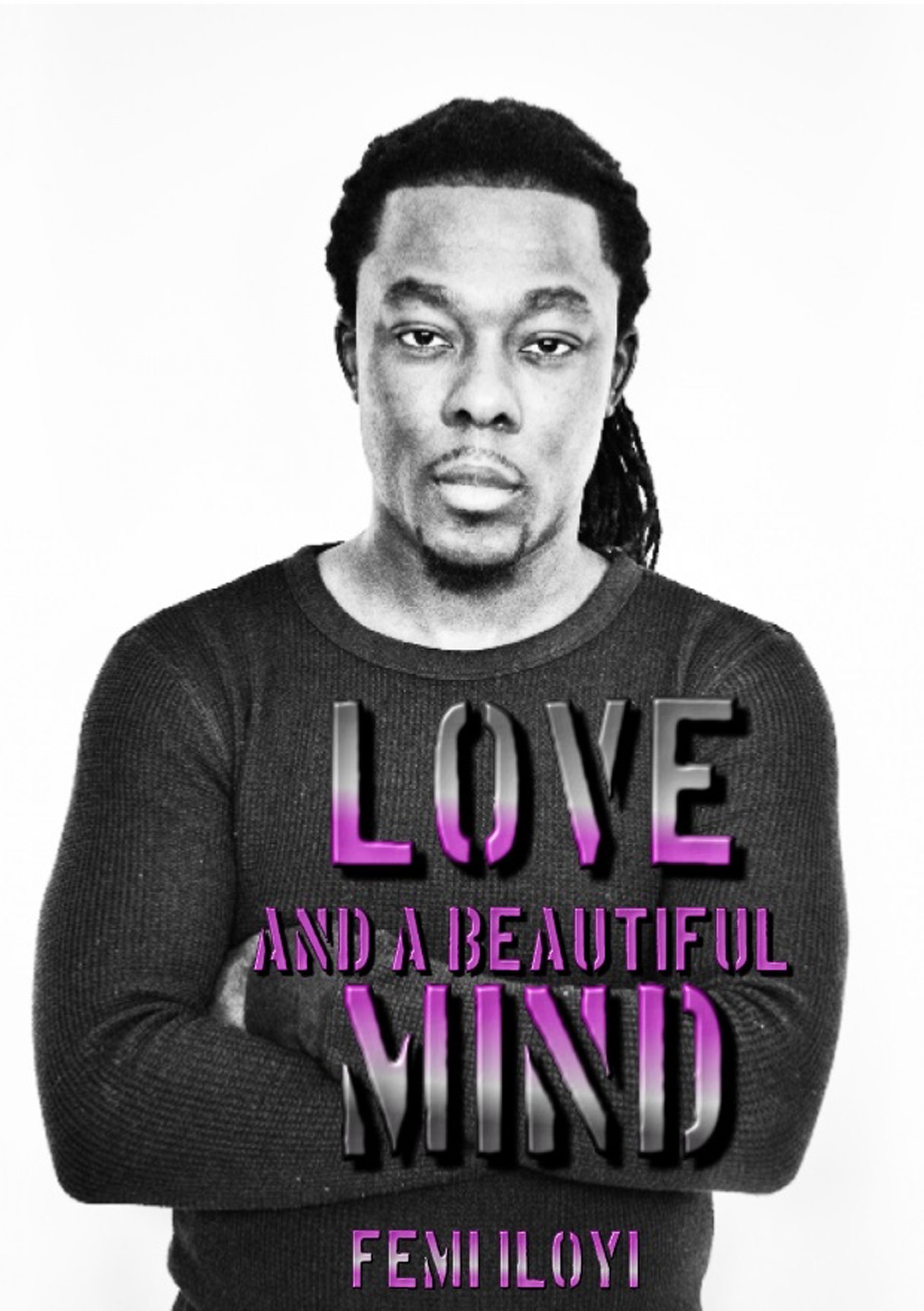 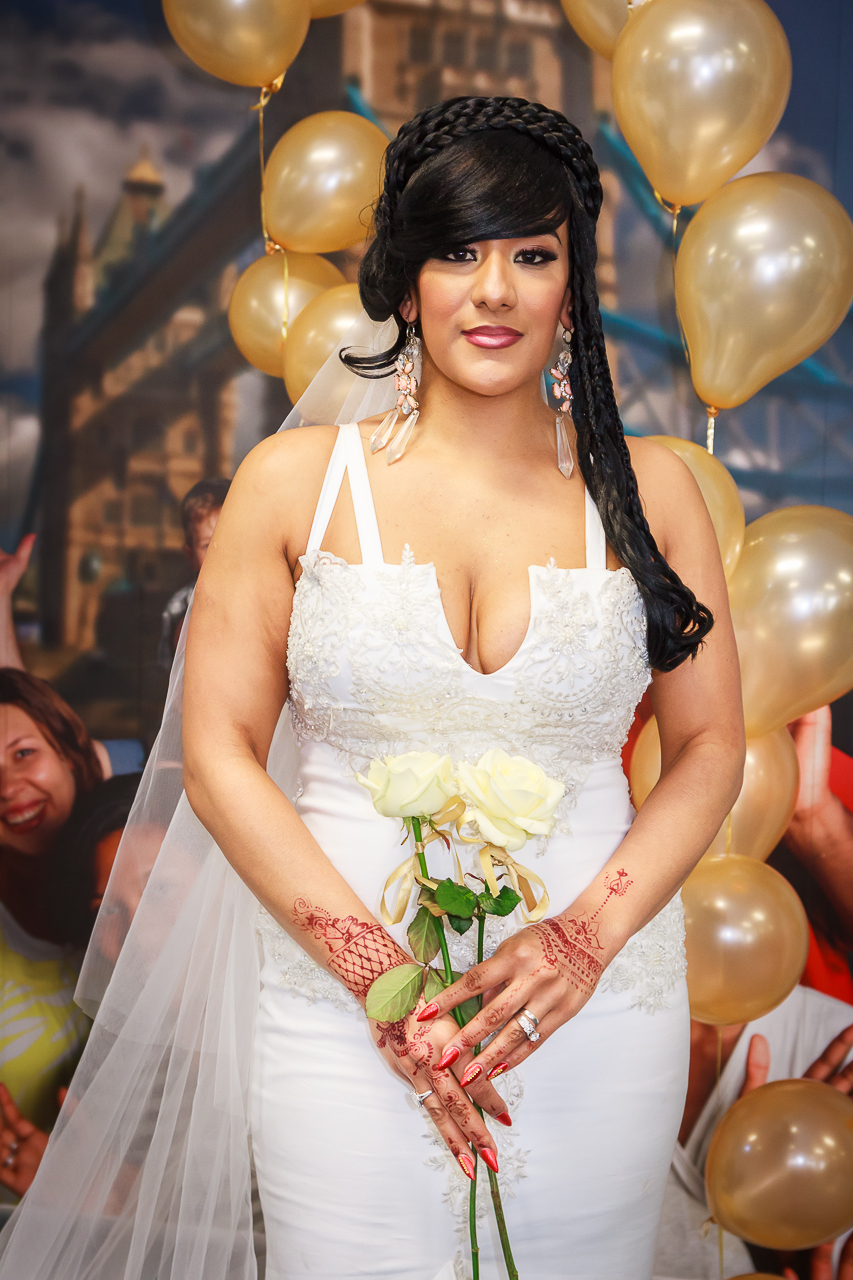 The best day of my life was the day I was introduced to Roucheon by our 23 years’ mutual friend ‘( SKILLZ)’. Roucheon is a beautiful girl born in a Zimbabwean family. However, she was no less than royalty, she was expected to marry a wealthy white/mixed boy to live in splendour and grandeur with, while I was expected to marry a nice Nigerian woman. I honestly truly say that when I met Roucheon, it was love at first sight although Abdul liked Roucheon, but the moment he introduced us he lost any chance of getting with her.

Whatever the chemical process that happens to a person when they fall in Love happened to me and for some reason, I felt like my body forgot to turn off that chemical spark.  On this day of meeting Roucheon, I can honestly and truly say I literally lost my mind, she was perfect.  I had seen her once before at a party in Stockwell and I remember staring at her from across the room all night, and I mean all night!!  It was as if magic had filled the room. She was stunning, and I was fixated as she moved around the room and got everyone’s attention without saying a word.  She had an intoxicating aura, her body was incredible, ‘banging’ In fact!

Such beauty and her eyes were intensely irresistible.  She seemed to shift the atmosphere and I was instantly drawn into her world. I was with my crew from ‘Dick Sheppard School’ and I did not have the guts to speak to her at the party because I was too shy to approach her.  I also did not want her to blank me making me look foolish in front of my friends.  She had the attention of all the men in the room, so I knew I stood zero chance with her.  I was wearing a hoody staring at her while leaning on the wall with a screw face, falling in love while wishing I could remove every man in the room who tried to talk to her.  She commanded my full attention and I did not even know this girl, but I knew I wanted her.  The setting was almost like a movie.

Everyone dancing and me staring at this beautiful girl while guys were trying to dance with her, she was mesmerising.  I thought she could see me too but back then I was very intimidating. I protected myself with my guarded demeanour, still holding on to the agreement I made with myself to never let anyone disrespect me. This is going to sound crazy, but from the moment I first set eyes on her I was unable to stop thinking about her from the party.  I knew what she looked like, but I never knew her name. A few weeks later there was a knock on my door, my friend came to visit, and I was in utter sock and had to do a double take when I saw her stood beside him. She is at my house shaking my hand not recognizing my face.

I could not believe the reality and automatically tried to be impressive and cool because this time I had her full attention in my environment and I had to think fast of how to maximise my opportunity with her. She looked even more beautiful than I remembered, and I couldn’t help but stare. Everything about her was captivating, even when she spoke her voice was a soothing seductive yet warm embrace that I wanted to get lost in. How could I feel so disorientated within me, just being in her presence, I felt reduced and empowered all at the same time because she had the ability to affect the environment effortlessly, this was clear.  I was perplexed, and my feelings were all over the place.  I tried to hold it down because I didn’t want to disrespect my friend Abdul who had brought her to my house.  Her presence at my home was mind blowing, I remember us staring at each other for far too long while Abdul was not looking.

I don’t think the sparks were flying, I became the spark in the air.  I had not spoken to her much just shook her hand, but we kept making eye contact and looking away embarrassed at the number of times our eyes met. I remember Abdul and Roucheon coming up to my bedroom as I had a small home studio setup with a microphone, turntables and a lot of instrumentals on vinyl.  Analysing her body language, I knew she was impressed by my collection.

Abdul was a member of my Dick Sheppard friends and we were like a gang with the rest of my fellas.  The guys would bring many girls around my house when my mum was at work.  They had so many girls around but as I was analysing these girls I always found faults or flaws in their characters; well I knew the kind of girl I wanted to be with from a very earlier age. At that time, my focus was on hustling and making money but when I saw Roucheon, I was very interested to see the kind of girl she was, and I started analysing her that very day. I started watching every part of her, from her body to her beautiful eyes, from the tone of her voice to her physical attractiveness. She carried a majestic presence that commanded my attention, she was so sexy and that was irresistible to me. She was soft spoken and had a calming vibe, gentle yet powerful enough to have me in awe. Being that close to her that day, confirmed my desire for her.

I watched her lips as she spoke with gentleness and maturity, I am not even sure if I heard the words as I watched her speak but I felt them, intentional and I was completely besotted.  She had curly hair gelled down to her forehead to create a style of some sort. She carried herself with respect and her beauty surpassed all the girls I had ever seen in my studio. Everyone that knows Roucheon can testify that she moves like a goddess; she is the essence of beauty and power. She was really into music, so she wanted to listen to my mix tape and she showed interest in hearing me rap.

I could see Abdul was not happy because this date was not going per plan.  We jammed for a while and Roucheon and Abdul left.  I would see Roucheon on and off for the next month but strangely we never really spoke to each other.  She did introduce me to one of her girlfriends who I became close with at another party, but the friend immediately knew that there was something unspoken going on between Roucheon and I.

She could sense how I felt about Roucheon and that I was unsure of how to approach Roucheon to get her number. The friend gave me Roucheon’s number and she suggested that I call her.  I am guessing Roucheon must have spoken to her about me too and our initial introduction.  I think it took me a couple of days before I called.  When I finally called her, my heart was racing, and I remember saying ‘can I speak to Rosha’ and she corrected me laughing saying “my name is pronounced Ro shen” even the sound of her voice made my heart jump, everything about my encounter with Roucheon was unreal in my mind it felt like a movie.

This girl was too good to be true! That first night we spoke over the phone from 7 in the evening to 7 in the morning, back then we both had our T-Mobile mercury 1 to 1 phone.  It was like a flame was ignited and with every conversation we had after that day it became more intense.  Roucheon was and still is such a loveable person. She was not your average 17-year-old girl, her words were beyond her age, she was deeply insightful, intelligent, influential even, in the smallest ways, everything about her intrigued me and she was clueless as to what effect she had on guys.

This shy young gorgeous chick made guys stop and stare with her beautiful figure and sweet nature.  A guy even crashed his car staring at Roucheon.  I fell in love at first sight if there is such a thing, it felt like all my senses had some greater intensity like Superman. Colours seemed brighter, sounds more resonant and smell more powerful, there was no way I would encounter Roucheon and not become deeply intoxicated.  Each day I woke up with anticipation and could not wait to see her.

Once you get serious in your relationship one of the most exciting things is discovering the unknown.  Curiosity really keeps us moving forward, but one must learn to properly manage curiosity.  The first part of a serious relationship is primarily about the discovery of your partner’s entire aura. Once you know everything about them, where do you turn for a source of excitement? The answer is quite simple. Discover new things and create new experiences together. The only thing more fulfilling than a new experience is the act of sharing that same experience with someone else. In the case of myself and Roucheon, music was an amazing foundation. Stop looking for the perfect relationship. You will end up spending your entire life hopelessly seeking the right lover and the right friends if you expect them to be perfect. Even worse, the process of doing so will drive you mad.

The fantasy of perfection is not real. We are all imperfect in some way. You yourself are imperfect in many ways, and you seek out relationships with people who are imperfect in complementary ways. It takes a lot of life experience to grow fully into yourself and realize your own imperfections, and it isn’t until you finally run up against your deepest imperfections, your unsolvable flaws, the ones that truly define who you are that you can proficiently select harmonious relationships. Only then do you finally know what you are looking for. You are looking for imperfect people who balance you out. “The perfectly imperfect person for you.”